Trademarks and intellectual property rights or how I learned to love Cock.

I've not been writing much recently. New job saps the creative will most days. But first draft of Lucas's story is done, and I wrote a little over 3k words on something for my werewolf Strife. Finally figured out how to make his story into a trilogy. But other than that, not much writing, but still a good bit of reading. Speaking of which...

Have y'all heard of #CockyGate? 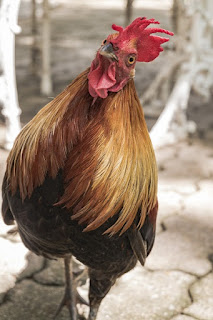 The long and the short of it is that a romance author decided to trademark the word Cocky. She then went about enforcing her trademark by having Amazon take down other romance books with Cocky in the title, even books that pre-dated her series. Other authors were forced to change their titles, redo covers, websites, all of the things that self published authors do to market themselves. All of it had to be changed to remove the word Cocky.

Sounds like an asshole thing to do huh? Yeah, I thought so too. So did the Romance Writers Guild, some lawyers who are also authors, and a whole mass of self published and traditionally published authors. The author who filed the trademark is now being taken to court to have the trademark voided or whatever it is one does when doing away with a trademark. With so many against her it is doubtful the trademark will stand. But it certainly made authors more aware of how much a trademark can be used to screw people over.

I write primarily fantasy, but often with romantic sub plots. As much as I enjoy a thrilling battle scene, I also really get a kick out of romantic angst, drama, and love. I blame my Grandmother for letting me stay up late to watch the over the top dramatic night time soap operas of the 80s. It didn't matter where we were on a Friday night. Grandmother always made sure we were home in time for Dallas. But let's not forget Falcon Crest, Dynasty, Knots Landing, etc. They were also not to be missed TV. Glamour, drama, and steamy romance. Yummy! So I dabble my toes in the romance genre even if I don't consider the stories I want to tell primarily romances. Romance is just one part of the whole.

So while this is something happening in the Romance genre, that doesn't mean that writers of science fiction and fantasy are safe from similar things happening. Tonight I came across information that another author is trying to trademark some common words for the genres: Tamer, Star Justice, The Destroyer, & Dragon Slayer.

I don't know about you, but the only The Destroyer I'm okay with is Conan and he'll hear the lamentations of your women before he takes this lying down.

But y'all see how bad this could get? Those are very common themes in genre literature, themes that have been around for decade upon decade. Now imagine you write your own take on these common tropes and here comes along Mr Trademark Troll getting your hard work erased from Amazon because he got lucky with his Trademark. Now you have to get new cover art done, redo your website, your social media, redo any links you've got out there that led to your original book. You will lose all ranking you had previously so you'd basically be starting over trying to get your book noticed by the reading public. That's fucked up man.

And this is not the only area where Trademark trolls are striking. Just a few weeks before I learned about #cockygate I learned about something happening in the BJD world. BJD = Ball Jointed Doll. Very expensive dolls that can be customized. There's a whole industry. They are gorgeous. I want one made up to look like Lucas someday. Anyways! A person who is already infamous for recasting dolls. Taking dolls already created by the original artist, making a cast of the face and body parts, then selling the recast doll for less than the original artist who put all the work into creating the unique look in the first place. On top of their shitty business model, now they have begun to apply for Trademarks on the names of small time artists and BJD makers.

How could this hurt? With the official trademark he could get the original works taken down from various e-commerce sites, effectively driving the artists away and leaving only his cheap re-casts available to be purchased. And as many of the artists aren't exactly rolling in the cash, they wouldn't be able to fight against it. Which also explains why they wouldn't have applied for their own Trademarks. It takes money to go through the process, something small time artists and authors aren't going to have a lot of.

How do we combat this? Well for one, don't buy their shit. Don't support Trademark trolls with your hard earned dollars.

But Capitalism you say! Fuck Capitalism if this is something that is encouraged. This is about art and integrity. Not the means to pay for Trademarks to squash the competition. You want to prove your good? Then prove it. Don't cheat by taking others out of the running just because you got to the Trademark office first. That's as bad as the people who pay for fake reads on Kindle Unlimited.

In other words, if you are going to Trademark, do so the right way. Trademark what is unique about your work, not what is common just to take out the competition. Protect your intellectual property, don't use it just to squash competition. Don't be a bag of dicks.

Posted by Kaiden Moss at 1:00 AM No comments: