Before I get into the discussion of SNAP there was another school shooting today. The 18th school shooting so far this year. It is February 14th. There is something broken with this nation. Do we care so little for our fellow humans that when our children are getting killed in their schools we offer useless ‘thoughts & prayers’ then move on with our lives? I’ve got more thoughts on this illness that our nation seems to suffer from. Maybe I’ll work on a gun post next. At least it will be added to the to-do pile. Now back to the matter at hand. 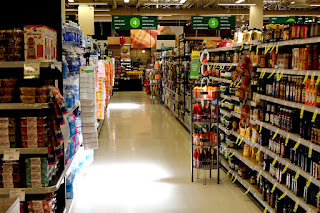 The current administration… I am not a fan. I’ve not been a fan of that Cheeto faced menace since the first time I saw him on my TV screen in the 80s. Why the hell was some New York con man national news? Why should I give two fucks about his infidelities? I still don’t beyond what his lack of morals is doing to my nation. He’s everything I despise. I can’t even listen to his voice without cringing. So yeah, I didn’t vote for him. Have you seen the shit show of a budget proposal they just released?

So, what has me pissed off? There are a lot of things, but let’s focus on how they want to change SNAP. They want to take away choice: low-income Americans who receive at least $90 a month — just over 80 percent of all SNAP recipients — would get about half of their benefits in the form of a "USDA Foods package." The package was described in the budget as consisting of "shelf-stable milk, ready to eat cereals, pasta, peanut butter, beans and canned fruit and vegetables." The boxes would not include fresh fruits or vegetables.

Mah Tax Dollahs! Is a common refrain in discussions of our country’s tattered social safety net. And what makes you think this new program is going to be cheaper? In part 1 I linked to information about the effectiveness of the current SNAP program. SNAP is a multi-billion-dollar government program with only 7% overhead. The rest of that money? Feeding families. Fraud is barely .01 out of every dollar. The IRS can’t even boast of being this effective and good at its job. Do you really believe that boxing up pre-packaged food and somehow delivering it to all the families on SNAP is going to be more cost effective than the current system? Though I am sure it will make some government contractor a tidy profit.

Is that what you want? Do you hate people in poverty so much that you would rather an effective program be dismantled just so some corporate crony of the current administration can increase their profits off the backs of tax payers? And this is just if they can actually implement it at all. They can’t even feed the hungry people in Puerto Rico properly after a natural disaster, what makes you think they can feed the millions of hungry people in the continental US?

I have seen some amazing posts on social media from people who have been in the trenches just like my family. People who know what SNAP is and isn’t. Who know how much it can help people. How it can be the only reason there is any food in the house. It is heartening to see so many others fighting to keep a program that has such a positive effect on so many lives.

We are all one disaster away from ruin. Most Americans live paycheck to paycheck. Some are lucky enough to have a little savings, but not everyone is that lucky. Not everyone is lucky enough to have family who can take them in if they lose their home. Not everyone can jump from one job to another and come out on top. Not everyone has the health, physical or mental, to deal with the everyday tragedies. When that happens we have the means to take care of our most vulnerable citizens. The SNAP program can do what thousands of charities can’t. Put food on the table of millions.

Now I don’t think this budget has a snowball’s chance in hell of passing Congress. But that doesn’t mean the GOP isn’t watching their base to see how they react as the different parts of the proposal are combed over and translated into layman’s terms. Paul Ryan already wants to cut social programs. They gotta pay for those tax cuts to the wealthy somehow. If they think they can get away with some part of the proposal, just worded a little different. I wouldn’t put it past them to try. Their only goal is to maintain their own wealth and power, often on the backs of their own voters. Not to mention there is probably some CEO somewhere salivating over the thought of that sweet sweet government contract to enact the program. Always follow the money. That didn’t make it into the budget all on its own. Someone saw an opportunity for profit and lobbied for it.

Unfortunately, I can’t afford to buy a politician. I’m just a wanna be author living in poverty with my spouse, kids, and pets. Maybe lightning will strike, and people will like what I write. Maybe I’ll become a world-famous author. But until then I do what I can to take care of my family. They are my one and only priority. The care and safety of my family supersedes all other concerns. They are why I have zero shame in accepting government assistance to keep food on the table. I will never be ashamed to ask for help if it keeps my family healthy. If it keeps my family fed. Clothed. Safe. I don’t see any shame in that.

Thanks for reading. Have a banana. 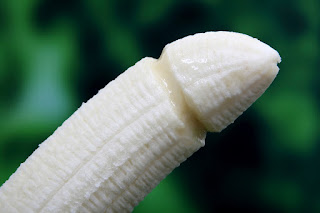 Email ThisBlogThis!Share to TwitterShare to FacebookShare to Pinterest
Labels: Another Mass Shooting, EBT, Food stamps, How do we fix this?, Poverty, President Shit Head, SNAP